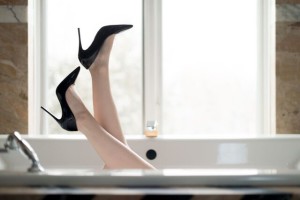 Just before the Christmas of 2015, a friend got in touch and said she had a really interesting opportunity for me. Early on Christmas Eve morning, she brought me to a location in the suburbs of Toronto, and introduced me to someone. This someone was warm and welcoming and gracious, and the location she’d brought me to was obviously very special to him. The task, I was told, was to communicate that specialness to other people. To find someone who might understand it. 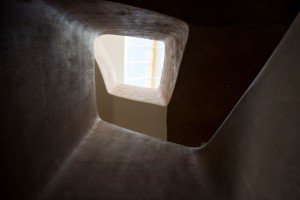 The more time I spent at the location, the more I loved it. I’m a science fiction writer married to a horror writer. My mother’s paperback copy of Night Shift was punctured by my fresh-grown baby teeth. And much of horror fiction dwells (pun intended) on the energy of spaces, the unique harmonic resonance generated by a certain set of walls in a certain configuration. The things that happened there. The intentions that built it. The dreams it represents. 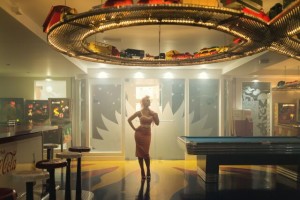 So I started to think. How could I communicate the energy of this space to the world? How could I share what made it special in a way that wasn’t just a list of its attributes? The man I’d met had led me into its depths. Into the server room and under the pool and down the lane. He’d let me see beyond the trees, where only the cameras could see. How could I describe all those things, without exhausting someone?

The answer was to find a spirit to inhabit the house. A character whose whimsy matched its own.

But then I had to do something with this character. I had to take her to this place. I had to explore why she was there, and why the location was special to her. In short, I had to write a story. Which meant not only designing a frame story around the campaign, but writing a film script to go with it. And sticking around while that script — with many serious adjustments — came to life. It meant having frame approval on every single shot. It meant pulling 14-hour days. It meant developing a shorthand with everyone on the set: “Hey, can we be more Michael Mann in the gym, but more Ridley Scott in the elevator?”

Ironically, I had just finished teaching a genre film course for the Digital Futures Initiative program at OCADU. So maybe I was just a bit more ready to collaborate with our videographer, and our model, and our photographer, and the man behind the location. Certainly, I had done enough community theatre in my youth to understand at least some of the the demands of a production: no, you don’t leave the set; yes, you do the grunt work; yes, you need to coordinate schedules and catering and available light; yes, you build in time for costume and makeup changes. As a kid, I thought theatre was helping me build my confidence and my extra-curriculars. Now I know it was building me into someone who could become the lead creative on a project. I can safely say that I was more challenged — and far more fulfilled — by this project than I ever expected to be.

And I wasn’t alone in this. I had two other people, Jessica Langer and Angela Keeley, helping me stay sane, waft smoke, stir water, order sandwiches, look out for talent, and make key decisions on what content to use and how to use it. Moreover, our model ALB, videographer, and photographer pulled hours equal to, in fact greater than, my own. And the man who loved this place enough to share it with us was as supportive as humanly possible. He was gracious and patient throughout, even though our presence was cumbersome and intrusive. I was always the last one to leave, but he saw me out the door each time. Very few people who execute this type of campaign ever have that quality of experience with their clients.

The film we made has yet to go live. I’m hoping to share it with you, soon. And I’m hoping it still communicates the wonder of the place. Actually, I had wanted to go even further: Puzzles in personals ads! Clues hidden in photographic meta-data! Mystery phone numbers! But in the end, even without all those bells and whistles (which, frankly, only certain audiences have the time or patience for) I think we managed to create something very special. Almost as special as the place that inspired it. Where is this place? You should find out. 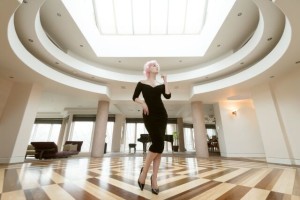 Note: All photographs within this post should be credited to Paul Hillier.